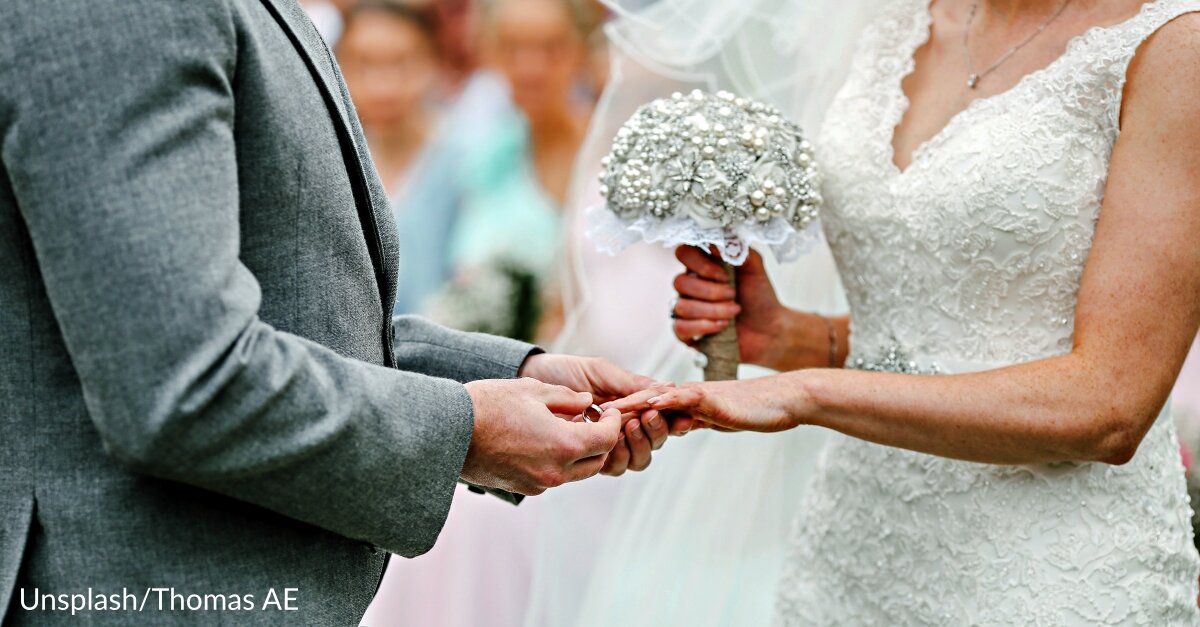 When Kelsey Kulick’s now husband, Michael, proposed to her, she knew right away that she wanted to be able to sign her vows for his parents who are both deaf.

She ran it by Michael, who thought it would be a great idea. Kelsey then contacted Michael’s aunt with her idea. His aunt knows sign language since her husband is also deaf, so Kelsey asked her if she could record a video of herself signing Kelsey’s vows, so that she could use it to watch and practice with.

After Kelsey practice the signs for weeks, she finally felt confident enough to surprise everyone at the wedding, especially her new in-laws.

Since so much time had passed since Kelsey first brought up the idea, Michael forgot about it, so it was basically a surprise for him too. He teared up as soon as Kelsey began signing the vows.

No one knew about this special moment other than Kelsey, Michael’s aunt, and the videographer, Chandler. Chandler captured the heartwarming moment on video, which has since gone viral on Instagram, capturing the hearts of people from all over the country.

Michael’s parents were blown away by Kelsey’s gesture and couldn’t stop talking about how special she is and how special that moment was for them. Michael also says this was the most special moment of the entire wedding, aside from becoming husband and wife.

Kelsey plans on continuing to learn sign language and hopes to become fluent one day so she can communicate with her new family. She also plans on teaching their future kids sign language as well.

Watch the touching moment in the video below: