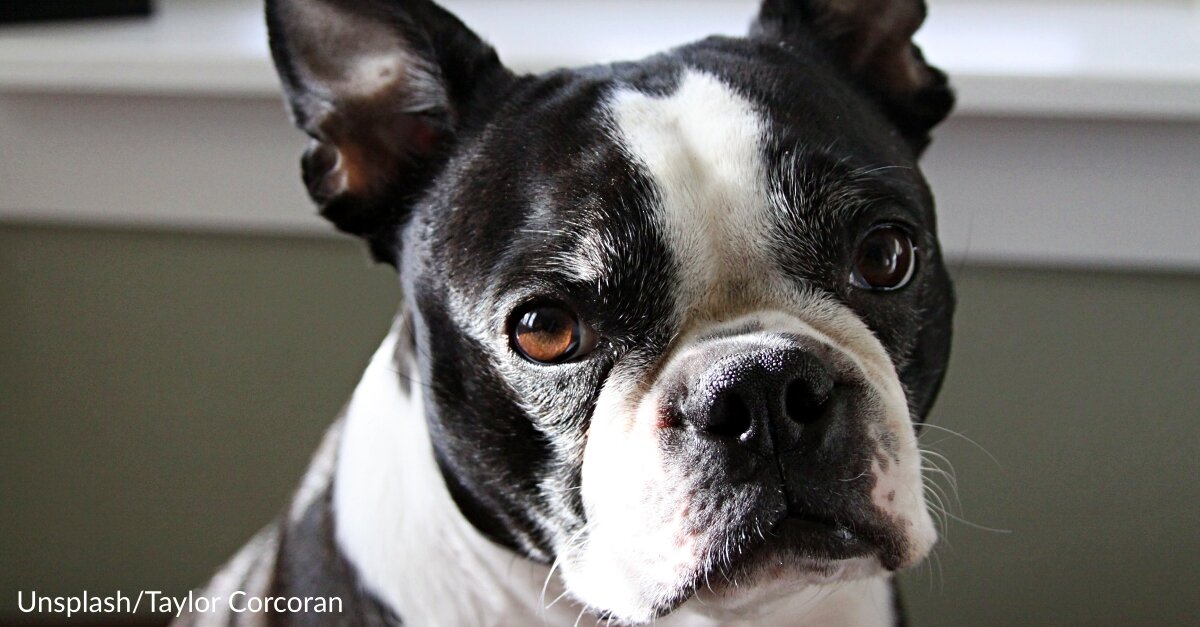 A family’s Boston Terrier is being hailed a hero after he saved their baby’s life.

Jeff and Kelly Dowling of Connecticut thought something was wrong with the 8-year-old pup, Henry, since he began acting weird.

While their 9-month-old baby slept in her nursery, Henry kept opening the door by head-butting it and standing in there. Kelly grew frustrated and kept shooing him out of the room so he wouldn’t wake the baby, but Henry continued to keep going in the room.

Since Henry was so persistent, the Dowlings finally went into the nursery to see why he was doing this. That’s when they discovered that their baby was having difficulty breathing.

Last night the dog kept breaking into the nursery and waking the baby. She’s been sick, and I was getting so fed up with him.

Until she stopped breathing.

We spent the night in the hospital. I don’t know what would have happened if he hadn’t woken her. We don’t deserve dogs. pic.twitter.com/PBJCJVflgh

The baby, who already had a cold, began to turn blue since she couldn’t clear her airway. They immediately rushed her to the hospital, where they were thankfully able to get her breathing again.

If it weren’t for Henry’s quick-thinking and persistent efforts, their baby might not have survived.

“I don’t know what would have happened if he hadn’t woken her,” Kelly wrote on Twitter. “We don’t deserve dogs.”

The Dowling say they’re going to spoil Henry a little extra now. They let him sleep in bed with them, and he will even get a steak in the near future.

Hear their story in the video below:

WHO says monkeypox is not an international public health emergency, but it should continue to be monitored
World Health Organization says monkeypox is not a global health emergency right now
Health inequalities: Why is it harder for some people to eat healthily?
Number of U.S. Cancer Survivors Grows to 18 Million
Maternal vaccination during pregnancy helps protect babies from being hospitalized due to COVID-19