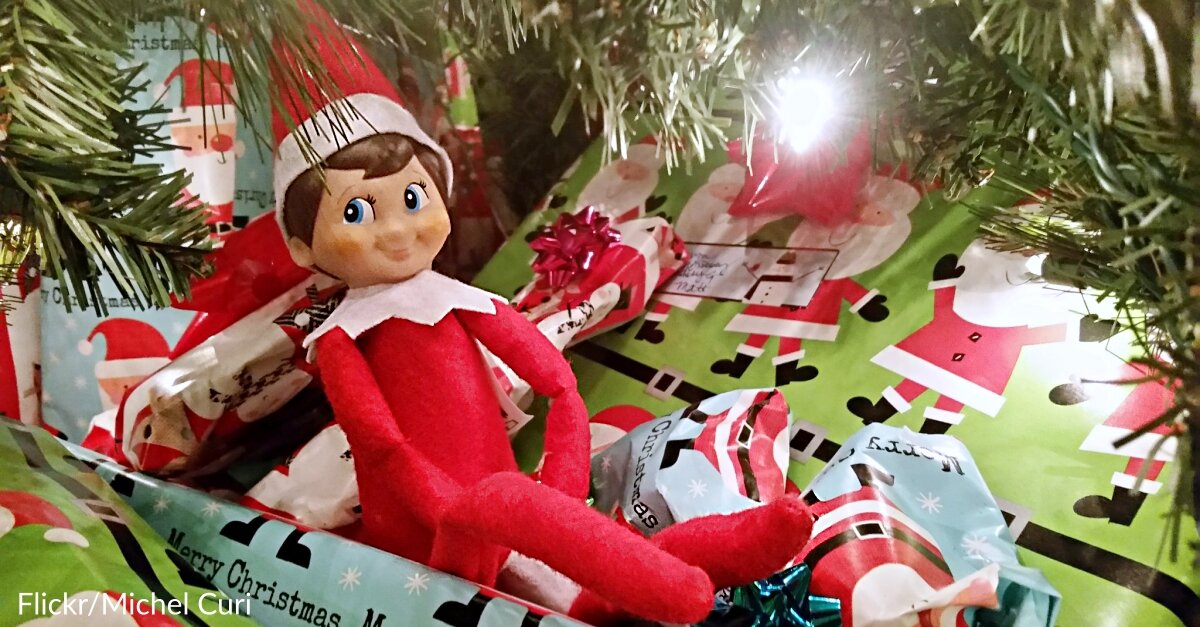 The Elf on the Shelf has become a very popular Christmas tradition over the years. Parents move the elf around each night, so that their kids can wake up and find him. Kids know to behave, since the elf is always keeping an eye on them and will report their behavior back to Santa Claus.

Two-year-old Stella Lackey is one of those kids who enjoys having their elf, Bean, in the house, but now that the elf looks just like her, it’s even better.

Stella was born with spinal muscular atrophy, a genetic disease that affects her motor function, and gets around with a purple wheelchair and pink ankle-foot orthoses.

When Stella received her first Barbie doll, who was in a wheelchair, her parents witnessed her confidence grow. From then on, her mom, Samantha, knew how important it was for Stella to be represented in the toys she plays with.

That’s when she came up with the idea to put Bean the Elf in a wheelchair like Stella’s, along with a nasogastric tube, which carries food and medicine to the stomach through the nose. Samantha even filled Bean’s tube with hot chocolate.

Stella’s face lit up when she saw Bean in his wheelchair and loves the fact that he is just like her.

Samantha shares Bean’s adventures on Instagram, in the hopes that it will help people have conversations about those with disabilities.

“Yes this is a silly little tradition that I am doing for my daughter for the first time this year, but I truly hope that it starts a conversation that we find really hard to have with our kids,” Samantha told ABC News. “Having a conversation about seeing someone in a wheelchair or seeing someone use a mobility device, it’s hard for us as parents when we’ve never had to have these conversations before, so if you can start it with Elf on the Shelf, why not?”

“I think bringing inclusion and normalizing disability is going to only make our kids a little kinder when they see someone with a disability,” she continued.