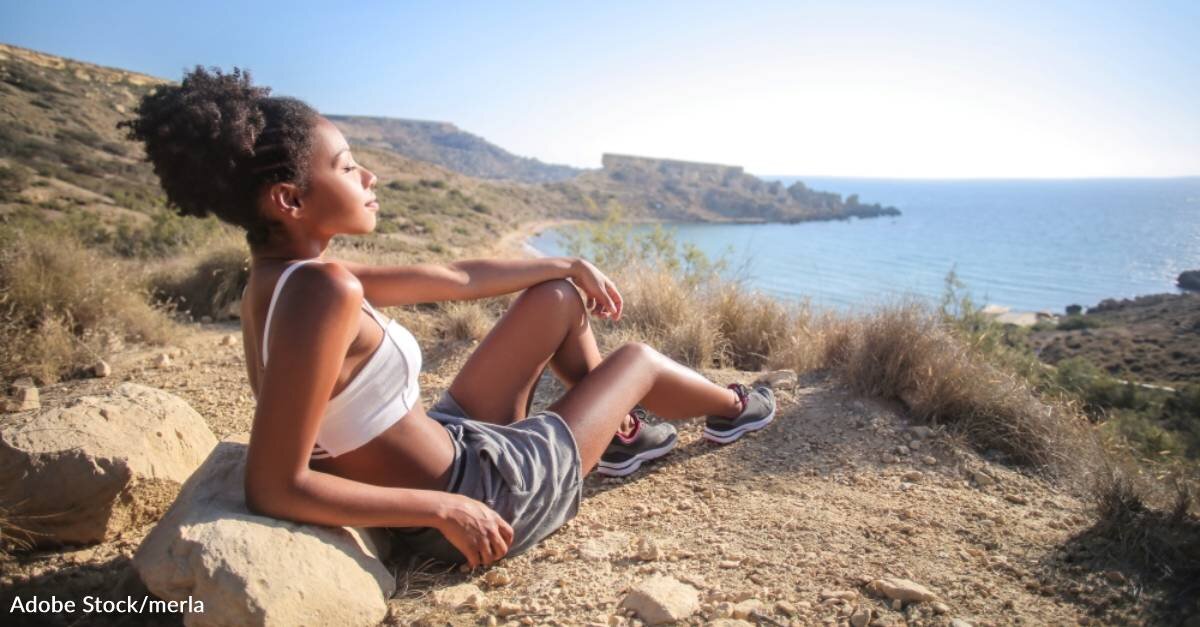 Interested in protecting yourself against breast cancer? Recent research shows you could do yourself a lot of good by just getting out of the house or office and into the sunshine for a while. Until recently, it was recommended to limit sun exposure in order to decrease the risk of skin cancer, but more and more research is showing that the benefits of being out in the sun outweigh the risks. So go take that tropical vacation, sister!

This is not the first time sun exposure has been studied for its ability to protect against cancer, but a new study, published in the journal Cancer Epidemiology, Biomarkers & Prevention, has further corroborated the evidence that spending more time outside in the sunshine may lower your risk of developing breast cancer.

The study, from the University at Buffalo and the University of Puerto Rico, which have long been collaborators, used Puerto Rican subjects, so the participants had a wide range of skin tones and generally high sun exposure rates. Other studies have been conducted in areas with a wider variation in the seasons, including variation in the level of ultraviolet radiation, making it harder to get good consistent measurements at different times of the year.

“This study was unique in that it was of Puerto Rican women, which allowed for us to look at this association in a population with a wide range of skin color and with year-round high sun exposure,” says study senior author Jo L. Freudenheim, a SUNY Distinguished Professor in the Department of Epidemiology and Environmental Health in UB’s School of Public Health and Health Professions.

The study found a decreased number of cases of breast cancer among those with more sun exposure, while those who had been exposed to the sun less were more likely to develop breast cancer. The researchers admit their findings were somewhat inconsistent, but there is still a correlation between sun and a decrease in the risk of breast cancer.

“The study provided consistent results across different parameters,” says paper first author Cruz Nazario, PhD, an epidemiology professor at the University of Puerto Rico. “Breast cancer risk was lower for women with the highest accumulated sun exposure. Similarly, the risk was lower independent of estrogen receptor status, and it was even lower among participants with darker skin color.”

“One step in the internal production of vitamin D occurs when skin is exposed to sun,” she says. “Sun exposure also affects the body in a number of other helpful ways, with effects on inflammation, obesity, and circadian rhythms. While recent recommendations have been to limit sun exposure to prevent skin cancer, there may also be a benefit to some sun exposure, especially exposure without sunburn.”

So if you’ve been thinking of moving to a sunnier climate, taking a beach vacation, or just spending more time in the great out-of-doors, here’s another good reason to go for it! Your mind and body will likely thank you for a number of other reasons, but a little extra protection against breast cancer never hurts!

New safe sleep guidelines for babies stress no co-sleeping, crib decorations or inclined products
New perspective shows high burden of breast cancer mortality for Black women began in the 1980’s
What foods are good and bad for the microbiome?
Here are 5 Investing Club stocks in the news and our take on what’s happening
Updated safe-sleep guidelines for infants aim to reduce risk of SIDS