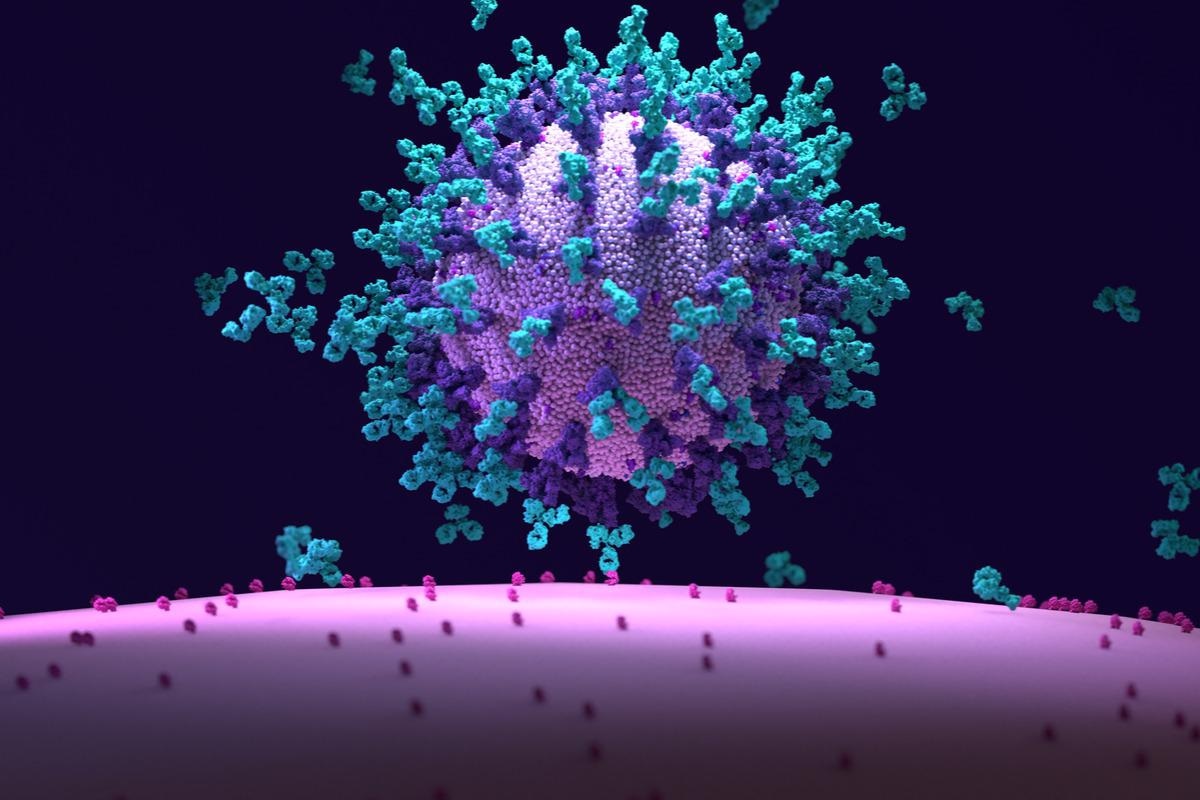 Moreover, there is a potential threat of more betaCoVs-associated zoonotic infections in the future. Thus, universal vaccines and broadly neutralizing antibodies against a wide range of betaCoVs are required to mitigate pandemics such as the COVID-19 pandemic, especially as the SARS-CoV-2 Omicron variant evades natural and vaccine-induced immunity.

In the present study, the researchers analyzed the extent of neutralizing capacity of antibodies from SARS-CoV-2 S mRNA-immunized mice by evaluating the murine antibody’s epitope location, the magnitude of binding, and neutralization among diverse beta-CoV’s S.

The broad betaCoVs neutralization of WS6 was determined using pseudovirus neutralization assays. The epitope mapping of WS6 was conducted using negative strain-electron microscopy (EM) and peptide array-based epitope mapping. The WS6 in complex with peptides based on SARS-CoV-2 S sequences’ crystal structure was analyzed at 2 Å of the antigen-binding fragment (Fab) to determine the mechanism associated with the broad reactivity of WS6 among betaCoVs.

The WS6 antibody neutralized all SARS-CoV, SARS-CoV-2 variants such as Omicron and Delta, and other related sarbecoviruses tested, except hCoV-229E.  During the epitope mapping and crystal structure analysis, WS6-S2 stem-helix epitope peptide crystal structure appeared conserved between MERS-CoV, hCoV-OC43, and SARS-CoV-2. The structural and neutralization analyses revealed that WS6 neutralized SARS-CoV-2 S by inhibiting its perfusion and post-viral attachment. To demonstrate the mechanism of neutralization of beta-coronaviruses by WS6, BHK21-ACE2 cells were incubated with SARS-CoV-2 S pseudotyped lentivirus on ice that allowed the virus to attach to angiotensin-converting enzyme 2 (ACE2). After thorough washing, cells were again incubated with WS6 or WS4 on ice for one hour and at 37OC for 72 hours. RBD-directed WS4 neutralizing antibody neutralized not more than 40% of the virus, whereas WS6 seamlessly neutralized the ACE2 pre-attached virus.

A promising target for vaccine design, vulnerable stem-helical supersite on SARS-CoV-2 spanning over hydrophobic residues Tyr1155, Leu1152, Phe1156, and Phe1148, was identified in WS6 and other S-targeted antibodies such as IgG22, and B6 from SARS-CoV-2 S immunized mice, and CV3-25, CC40.8, and S2P6 from SARS-CoV-2-infected convalescent individuals.

In the current study, the researchers identified WS6, an S2-targeted antibody, from a mouse immunized with SARS-CoV-2 S encoded mRNA. WS6 neutralized all SARS-CoV-2 variants, including Omicron, and several other humans and animal-related sarbecoviruses analyzed in the study.

Most importantly, a highly promising vaccine target, a hydrophobic cluster spanning three helical turns with its center turn framed by acidic residues, was identified in the S2 subunit region of WS6. Comparison between recently identified S2-directed antibodies and WS6 identified a novel murine S2-helix recognition mode, and immunization with MERS-CoV S was not required to induce S2-targeted antibodies.