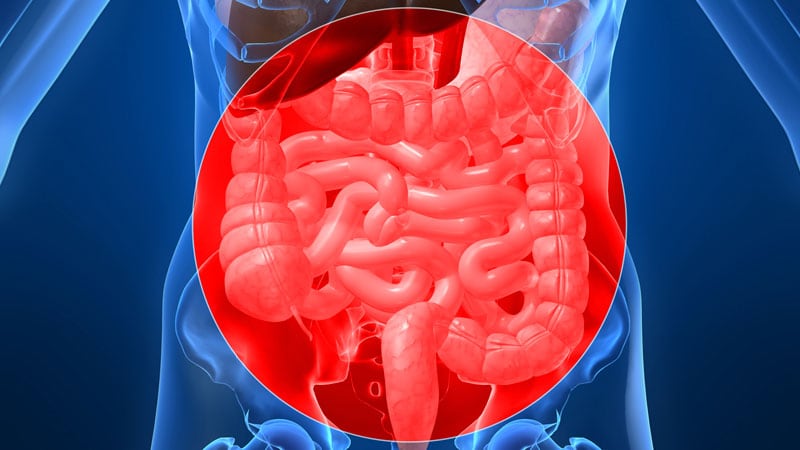 A new study has revealed potential cell-specific effects of the human Janus kinase (JAK) inhibitor tofacitinib, including possible targets – such as intestinal inflammation – for future research and even for increasing the drug’s effects.

The work used both mice and human cell models to explore the drug’s effect in inflammatory bowel disease (IBD). The mouse models suggested that the drug’s pharmacokinetics may be affected by intestinal inflammation. The human cell models seem to identify equilibrative nucleoside transporters as the likely route of cellular uptake of tofacitinib; this mechanism appears to be upregulated during inflammation and could present a therapeutic target to bolster the drug’s effects.

“We identify intestinal inflammation as a decisive modulator of the systemic pharmacokinetics of tofacitinib in mice, which needs to be studied and confirmed in humans. Finally, we decipher an important membrane transport mechanism that regulates cellular uptake of tofacitinib into activated immune cells, suggesting a model that explains a preferred uptake of tofacitinib into activated immune cells and a potential starting point to interfere with and channel such an uptake,” wrote the authors, led by Bernhard Texler and Andreas Zollner, both with the Christian Doppler Laboratory for Mucosal Immunology at the Johannes Kepler University in Linz, Austria, who published the results in Cellular and Molecular Gastroenterology and Hepatology.

IBD-related inflammation likely involves multiple cytokine pathways. The JAK-signal transducers and activator of transcription (JAK-STAT) pathway is downstream to more than 50 cytokines and growth factors, so disruption of their activity by JAK-STAT inhibitors like tofacitinib could counter the effects of more than one cytokine at a time.

Tofacitinib received FDA approval for the treatment of ulcerative colitis in 2018, but the details of its mechanism of action against intestinal inflammation remain poorly understood. For example, despite its efficacy against UC, the drug doesn’t work for Crohn’s disease patients. That may be because the drug affects specific cell populations involved only in UC pathogenesis.

To better understand the drug’s pharmacokinetics, the researchers examined the effects of tofacitinib in cells isolated from human peripheral blood, as well as an experimental mouse model of colitis.

The drug inhibited proliferation of both naïve and memory cytotoxic and helper T cells. At higher concentrations, it had strong effects on innate immune system cells, including monocytes, macrophages, and human intestinal epithelial organoids. It promotes the anti-inflammatory M2 phenotype among monocytes and macrophages. The drug also inhibited the pro-inflammatory M1 phenotype. The researchers observed similar effects in the mouse model of colitis.

Although a large amount of work has been done on the pharmacokinetics of therapeutic antibodies used to treat IBD, the authors point out that little is known about tofacitinib. In a mouse model, the serum concentration of the drug increased after exposure to dextran sulfate sodium (DSS), which triggers an IBD-like condition, and the spike was higher during more intense inflammation. The finding was surprising, considering that therapeutic antibodies typically get eliminated through feces during inflammation. Mice treated with DSS versus control had similar levels of tofacitinib in both urine and the feces, suggesting that inflammation may somehow inhibit the enzymes that metabolize the drug.

The researchers also noted that uptake of tofacitinib into leukocytes increased following stimulation with lipopolysaccharide. Given its structural similarity to ATP, the researchers propose that tofacitinib may enter the cells through adenosine cell membrane transporters ENT1 and ENT2, and some evidence even suggested that the pathway may be strengthened in activated immune cells.

The study received funding from: the Christian Doppler Research Association; the Austrian Federal Ministry of Science, Research, and Economy; and the National Foundation for Research, Technology, and Development. One author is receiving research support from AbbVie and Takeda under the framework of the Christian Doppler Research Society, but the remaining authors have no relevant conflicts of interest.

Milk Allergy Frequently Overdiagnosed
Covid-19 vaccinations begin for US children under 5
Deaths Rare in Tonsillectomy, but Some Children at More Risk
So You Want to Be a Gender Surgeon
New COVID Variants Capable Of Partially Dodging Immunity: Report