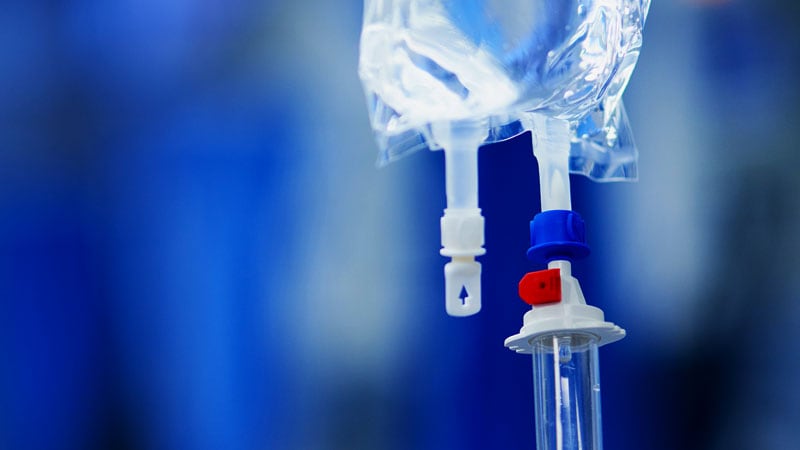 The periprocedural use of aspirin or unfractionated heparin during endovascular treatment of acute ischemic stroke was associated with an increased risk of symptomatic intracranial hemorrhage without evidence for a beneficial effect on functional outcome, results of the MR CLEAN-MED trial show.

The study was published online in The Lancet on February 28. The results were first presented at last year’s European Stroke Organisation Conference (ESOC) 2021.

“The results of our trial suggest that avoiding routine periprocedural treatment with aspirin or unfractionated heparin might increase chances of recovery after endovascular stroke treatment,” the authors conclude in the Lancet article.

“In addition, the safety and efficacy of using antithrombotic agents during endovascular stroke therapy for other indications (eg, acute carotid stenting) should be further evaluated,” they say.

The current trial, which had a 2 x 3 factorial design, was conducted in 15 centers in the Netherlands and enrolled patients with ischemic stroke due to an intracranial large-vessel occlusion in the anterior circulation in whom endovascular treatment could be initiated within 6 hours of symptom onset.

The study was stopped early for safety concerns after enrollment of 663 patients.

Results showed that the risk of symptomatic intracranial hemorrhage (sICH) was higher in patients allocated to receive aspirin than in those not receiving aspirin (14% vs 7%, adjusted odds ratio [aOR] 1.95; 95% CI, 1.13 – 3.35).

The researchers report that they did find higher recanalization rates in the unfractionated heparin group. However, this benefit did not outweigh the increased risk of symptomatic intracranial hemorrhage.

“So, similar to other acute stroke therapies, the effects of heparin might be time dependent,” the researchers note. But they point out that subgroup effects in a trial with a neutral overall treatment effect on the primary outcome should be interpreted with caution because of the risk of false-positive findings.

In an accompanying editorial, Mohammed Almekhlafi, MD, and Shelagh Coutts, MD, University of Calgary, Canada, say the MR CLEAN-MED investigators “are commended for doing this complex trial,” but they suggest that issues other than just the use of aspirin or heparin might have also affected the results.

Noting that 79% of patients transferred from a primary hospital for thrombectomy, they say that delays of transfer can affect the outcome even when the onset to puncture time is relatively short.

They further note that the study did not exclude patients who were previously on antiplatelet or anticoagulation therapy, who would have had a higher hemorrhagic risk with intravenous thrombolysis.

In addition, 50 patients (8% of those enrolled) underwent acute carotid intervention during thrombectomy, requiring the use of non-trial antiplatelet or anticoagulation in some patients, and sICH occurred in 10 of these 50 patients.

Almekhlafi and Coutts say the effects of these results on current practice and future research are hard to predict. They point out that current guidelines already discourage heparin use in combination with intravenous thrombolytics and recommend postponing starting antiplatelets until after thrombolytic therapy.

They suggest there is no role for anticoagulation or antiplatelet therapy for acute stroke patients receiving thrombolytic therapy before thrombectomy. But they say the situation is not so clear for thrombectomy patients who are not candidates for intravenous thrombolysis, and further trials are underway to look at this.

This study was funded by the Collaboration for New Treatments of Acute Stroke (CONTRAST) consortium, with support from the Netherlands Cardiovascular Research Initiative, an initiative of the Dutch Heart Foundation; the Brain Foundation Netherlands; and the Ministry of Economic Affairs. Additional funding was provided by Stryker, Medtronic, and Cerenovus.