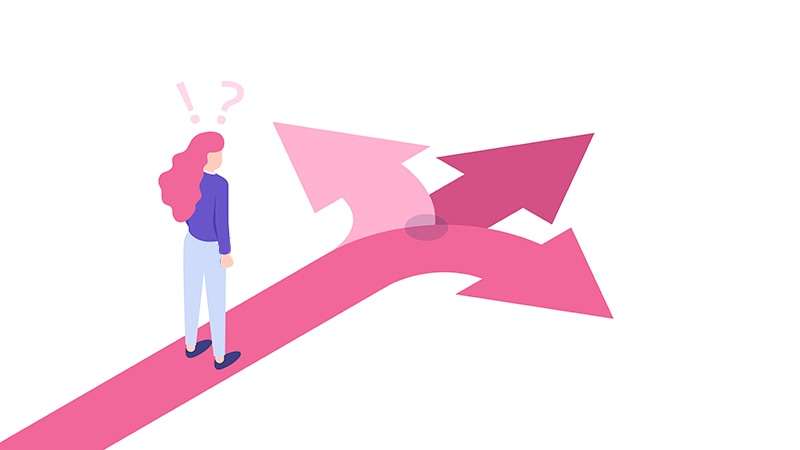 Having specific health issues, including depressive symptoms and cardiovascular disease, as a middle-aged woman was associated with experiencing clinically important declines in health later in life, a new study finds.

Determining a patient’s score on a health-related quality of life measure based on these variables might be useful in clinical practice to recognize midlife patients at increased risk for later health deterioration, Solomon, of the division of rheumatology, inflammation, and immunity at Brigham and Women’s Hospital, Boston, said in a statement. This measure is called the Short Form 36 (SF-36), and the researchers specifically focused on the physical component summary score (PCS) of this measure. The SF-36 is similar to the Framingham 10-year coronary heart disease risk prediction score, according to Solomon, who is a professor of medicine at Harvard Medical School, also in Boston.

Based on their risk scores, women could preemptively target modifiable risk factors before they enter old age, the investigators wrote.

“Age 55-65 may be a critical decade. A person’s health and factors during this period may set them on a path for their later adult years,” Solomon said in a statement. “The good news is that a large proportion of women at midlife are very stable and will not go on to experience declines. But being able to identify women at higher risk could help lead to interventions targeted to them.”

The study included a cohort of 1,091 women drawn from the 3,302-participant Study of Women’s Health Across the Nation (SWAN), a racially and ethnically diverse group enrolled from six U.S. sites at or immediately before transition to menopause and followed for 10 years from age 55 to 65. The study sample, consisting of 24.6% Black, 24% Japanese or Chinese, and 51.9% White, had a median baseline age of 54.8 years and median BMI of 27 kg/m2 at entry. The median baseline PCS score was 53.1 (interquartile range, 46.8-56.7).

Over 10 years, 206 (18.9%) of the women in the study experienced clinically important declines of at least 8 points in baseline characteristics at around age 55. The following were significantly associated with these declines:

The association between a higher PCS score and a greater decline might seem like an anomaly, Solomon said in an interview, but one interpretation of this finding is that women with higher or better scores at baseline have further to fall once other risk factors take effect.

Those with health declines were more likely to be Black and less likely to be Japanese. They were also more likely to have other comorbidities such as diabetes, hypertension, and osteoporosis, and to report less physical activity.

Scoring System Should Not Replace Individualized Evaluation, Outside Expert Said

Commenting on the findings, Margaret J. Nachtigall, MD, a clinical associate professor in the department of obstetrics and gynecology at New York University Langone Health, cautioned that a generalized scoring system should not replace individualized evaluation of women at midlife.

“I assess women around age 55 on a daily basis for health risk factors going forward. And while a number such as BMI can be helpful, I worry that reliance on a score could miss treating the individual,” Nachtigall said an interview. For instance, one woman might have a high BMI owing to greater muscle mass, which is heavy, while another may have a lower BMI but more fat-related weight, as well as exacerbating conditions such as hypertension that would elevate her risk. “You have to make the calculation for each person.”

Nachtigall, who was not involved in the SWAN analysis, noted, however, that a big-data scoring system might be a useful adjunct to individual patient evaluation in that “it would make physicians look at all these many risk factors to identify those prone to decline.”

According to the authors, while other studies have identified similar and other risk factors such as poor sleep, most have not included such a racially diverse population and have focused on women already in their senior years when the window of opportunity may already have closed.

“As a clinician and epidemiologist, I often think about the window of opportunity at midlife, when people are vital, engaged, and resilient,” said Solomon in the statement. “If we can identify risk factors and determine who is at risk, we may be able to find interventions that can stave off health declines and help put people on a better health trajectory.”

Eric M. Ascher, DO, who practices family medicine at Lenox Hill Hospital in New York and was not involved in the SWAN research, agreed with Solomon.

“Doctors who treat chronic conditions often meet patients when they are already suffering from a medical problem,” he said in an interview. “It is key to decrease your risk factors before it is too late.”

Ascher added that many primary care providers already rely heavily on scoring systems when determining level of risk and type of intervention. “Any additional risk factor-scoring systems that are easy to implement and will prevent chronic diseases would be something providers would want to use with their patients.”

Detailed analyses of larger at-risk populations are needed to validate these risk factors and identify others, the authors said.