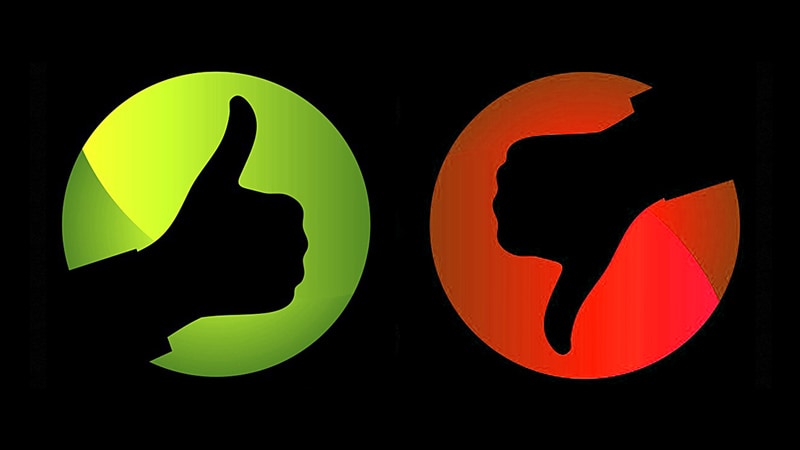 Reaction to the Centers for Medicare & Medicaid Services (CMS) proposed decision to restrict coverage of the controversial and expensive Alzheimer’s disease (AD) drug aducanumab (Aduhelm) has been swift and polarized.

The US Food and Drug Administration (FDA) approval of the drug on June 7 set off a firestorm of controversy, including a federal investigation into the agency’s drug approval process and the resignations of several FDA advisory panel members.

On Tuesday, CMS announced a proposed plan to pay for aducanumab, a monoclonal antibody (mAB), and other FDA-approved drugs in the same class under its coverage with evidence development (CED) mechanism. This means the class would be covered for patients with Medicare only if they are enrolled in qualifying clinical trials.

Opponents of the plan argue this approach discriminates against many patients with the disease, whereas backers view it as a move to protect patients from broad exposure to a medication with known risks and as-yet unproven clinical benefit.

Officials from CMS intend to finalize the restrictive coverage policy regarding aducanumab and similar agents by April 11. The working hypothesis is these medications will keep Alzheimer’s at bay by clearing beta amyloid from the brain. However, at this point there is no evidence that reducing amyloid has any impact on disease progression or other clinical outcomes.

There will be arguments from both sides of the Medicare coverage debate in the weeks ahead.

Groups including the Alzheimer’s Association, USAgainstAlzheimers, and the pharmaceutical industry argue that the CMS policy is discriminatory.

In a statement, the Alzheimer’s Association said CMS’ proposed restricted payments would mean aducanumab and expected follow-on drugs “would now only be available to a privileged few and those with access to research institutions, exacerbating and creating further health inequities.”

“Why are treatments for Alzheimer’s patients being held to a different standard than those treating cancer, HIV, and other illnesses? Is it because there are so many of us? Is it because we’re old?” Vradenburg said in a statement.

“Medicare is second-guessing FDA — and not only on work that it has already done, but on work FDA will do in the future,” he added.

Others see the CMS proposal as a necessary step to limit use of aducanumuab and similar drugs until evidence unequivocally shows they are clinically beneficial. In its proposed decision memo, CMS highlighted repeated failure of drugs that clear amyloid but have no impact on clinical outcomes.

“To date, no trial of an anti-amyloid mAb has confidently demonstrated a clinically meaningful improvement in health outcomes (i.e., cognition and function),” CMS staff wrote.

CMS coverage with the CED pathway could serve to spur more research into this class of drugs, the agency noted.

As reported by Medscape Medical News, the phase 3 EMERGE trial, which was the basis of the FDA approval, showed “a slight but statistically significant improvement,” the CMS memo notes. On the other hand, EMERGE’s sister trial ENGAGE showed no significant benefit.

Commenting on the CMS decision for Medscape Medical News, David Knopman, MD, a clinical neurologist from the Mayo Clinic and one of the three FDA Peripheral and Central Nervous System Drugs Advisory Committee members who resigned over the agency’s approval of aducanumab, said what “is not debatable is the evidence from the two pivotal aducanumab trials failed to demonstrate a clinical benefit.”

“The FDA ultimately concluded that aducanumab failed to show clinical benefits in the trials, hence their decision to go with accelerated approval is based solely on the surrogate biomarker. CMS also acknowledged this obvious deficiency in the available data on clinical efficacy,” added Knopman, who did not participate at the advisory committee meeting on aducanumab because of his involvement in clinical trials of the drug.

Kesselheim has also been an outspoken critic of the FDA’s handling of the accelerated approval process, including questions about the standards the agency accepts for confirmatory data.

However, Kesselheim said there’s little doubt about using tumor growth as a surrogate marker in oncology. In contrast, there are growing doubts about whether amyloid is the right target for AD drugs.

“If the tumor shrinks or if you get a response rate, that’s widely considered a good thing,” he said.

In contrast, there’s increased interest in other potential targets for AD drugs such as tau due to many setbacks with amyloid drugs, he added.

“An amyloid plaque surrogate is very, very controversial,” Kesselheim said. “My perception is that the field was moving on to looking at tau and tangles and other things as surrogates because of all the failures of all the drugs that had tried to evaluate changes to amyloid plaques.”

The CED path will make sure that patients who get the drug are those whose disease state qualifies them for treatment. In addition, this will aid with efforts to determine by testing which drugs developed to treat AD work, he told Medscape Medical News.

“This is probably the best way to go. It allows access but in a controlled manner,” said Tan, who serves as the medical director of Goldrich Center for Alzheimer’s and Memory Disorders at Cedars-Sinai.

Tan said he discusses aducanumab with his patients who are interested in the drug, even though he is not prescribing it at this time. He also makes them aware of the drug’s potential complications, which include brain swelling and bleeding. Tan said he emphasizes to his patients what the data do, and do not, show.

Biogen and its influential allies that include the Pharmaceutical Research and Manufacturers of America (PhRMA) are seeking to persuade CMS officials to revise its proposed stance on aducanumab.

In a statement, the PhRMA said Medicare’s approach to the drug’s coverage usurps the role of the FDA.

“With this proposal, CMS is writing off an entire class of medicines before multiple products have even been reviewed by FDA, positioning itself, and not FDA, as the key arbiter of clinical evidence,” PhRMA said in a release.

Biogen is arguing that the CMS proposal would unfairly cut off access to aducanumab.

Earlier this week, Endpoints News reported that Biogen intends to “flood CMS with comments over the next 30 days in an attempt to ensure the final version of the proposed policy does not reflect Tuesday’s draft,” citing an internal email reviewed by the publication.

“Even the largest (randomized clinical trials) in Alzheimer’s disease have been limited to a few thousand patients, of which 30%-50% have been on placebo,” Biogen said in a statement.

“The population with access to reimbursement under such a CED would likely amount to just hundreds of patients, leaving the majority of AD patients to continue to decline without hope of intervention,” it added.

Under the FDA’s accelerated approval mechanism, Biogen still must deliver solid scientific proof that aducanumab has clinically significant disease-modifying effects. The company plans to begin patient screening for a postmarketing confirmatory study of the drug in May, with a primary completion date of approximately 4 years after the study begins.

CMS is accepting comments through February 10 on its proposed coverage policy. Medicare already covers many routine costs associated with clinical trials, a policy that has been in effect since 2000. In the case of aducanumab, CMS intends to issue guidance surrounding coding details and payment rates, including required beneficiary cost-sharing, following publication of the final NCD for monoclonal-antibody drugs that target amyloid.

Kerry Dooley Young is a freelance journalist based in Washington, D.C. She is the core topic leader on patient safety issues for the Association of Health Care Journalists. Young earlier covered health policy and the federal budget for Congressional Quarterly/CQ Roll Call and the pharmaceutical industry and the Food and Drug Administration for Bloomberg.  Follow her on Twitter @kdooleyyoung.

Same county tops healthiest US community ranking for third year in a row
How erectile dysfunction drugs could be the key to overcoming treatment resistance in oesophageal cancer
Journaling: learn how to embrace the joy of text and harness its powerful benefits
Maternity care experts develop prenatal care delivery recommendations
New perspective shows high burden of breast cancer mortality for Black women began in the 1980’s