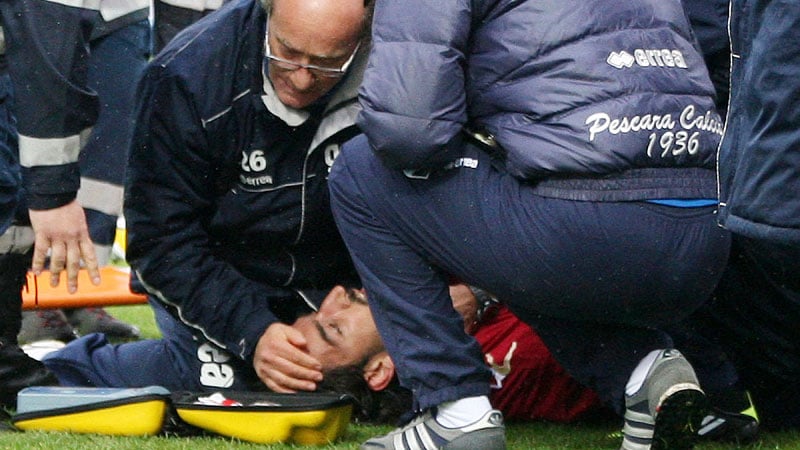 The survival rate following a sports-related cardiac arrest (SrSCA) almost tripled over a recent 12-year period, due in large part to increased bystander use of automated external defibrillators (AEDs) and cardiopulmonary resuscitation (CPR), results of a new study from France suggest.

Doctors could play a role in this ongoing awareness effort, Karam told theheart.org | Medscape Cardiology. “We really have a mission of educating patients as to what a sudden cardiac arrest is, how to recognize it, and how to manage it if it happens in front of you.”

Physicians might also consider not only encouraging patients to participate in sports as a primary prevention strategy but also informing them about warning signs, she added.

“In every consultation we do, we could tell patients that if some day they have chest pain, or some discomfort, they should come back to us for more exams” before resuming their sport.

The study was published online January 17 in the Journal of the American College of Cardiology.

In recent years, French experts have deployed strategies to reduce the burden of SrSCA. For example, France implemented legislation in 2007 that authorizes the use of AEDs by the lay public.

When an AED is deployed in a stadium or elsewhere, there’s usually an educational session explaining how to use it, along with other information for the public on performing CPR, said Karam. An AED is credited with saving the life of Danish soccer star Christian Eriksen in the middle of Denmark’s game last June against Finland at the European Championships. Eriksen suffered cardiac arrest on the pitch but was quickly treated with a defibrillator by team medical staff and taken to a nearby hospital. He was released from hospital 5 days later.

A medical assessment is mandatory in France to participate in a competitive sport, but there’s no such restriction for those engaged in leisure sports activities.

“If you decide to go jogging on Sunday, nobody is going to ask you whether you’ve seen a doctor or not,” said Karam.

This is important because it’s typically “the 40- or 45- or 50-year-old guy who’s putting on weight and doing sports” who dies of sudden cardiac arrest, not the competitive player who’s screened, she added.

The study identified 377 cases of SrSCA, including 20 among young competitive athletes (5.3%). The rest were among middle-aged recreational sports participants.

This finding should be interpreted with caution, said Karam. “Even if we didn’t see a major decrease in incidence, there was probably a little bit of improvement” because more people participated in sports over time.

Causes of SrSCA were determined in 61% of cases. Among identified cases, coronary artery disease was the main cause (68.7%), followed by non-ischemic structural heart diseases (16.9%), and electric heart diseases (9.6%).

Further improvements may come from targeting at-risk populations and selecting better tests “that are able to actually show which patients are going to have a sudden cardiac arrest,” said Karam.

“The idea is to try to extrapolate what we have done in SrSCA to the entire population and try to get this kind of result with all-comer sudden cardiac arrest, and not only those during sports.”

Although screening is important, it’s difficult to screen large segments of the population. Karam believes education is the “key” to improving SCA outcomes.

Past research showed more than half of SCA victims had warning symptoms, mainly chest pain and dyspnea, several days or weeks before a sudden cardiac arrest. Patients should know that if they experience such symptoms, they should see their doctor before resuming sports, and bystanders should know how to do CPR and use an AED, said Karam.

But the stable incidence of SrSCA during the study period is “sobering,” and seems to indicate “minimal progress” in terms of preventing SrSCA, they write.

“Considering the substantive advances in our understanding of the pathogenesis of SCA-predisposing conditions,” this finding “suggests that the field has been unable to translate this wealth of knowledge into the implementation and/or optimization of effective SrSCA prevention strategies,” Ackerman and Giudicessi say.

Perhaps it’s time to consider incorporating such technologies — which could one day allow for more accurate, timely, and cost-effective identification of disease — into the preparticipation screening process for individuals involved in sports at all levels, the editorialists conclude.

The study received funding from the French National Institute of Health and Medical Research (INSERM), University of Paris, French Federation of Cardiology. Karam has disclosed no relevant financial relationships. Ackerman is a consultant for Abbott, ARMGO Pharma, Boston Scientific, Daiichi-Sankyo, Invitae, LQT Therapeutics, Medtronic, and UpToDate; and he and Mayo Clinic are involved in an equity/royalty relationship with AliveCor and Anumana. However, none of these entities were involved in this study.