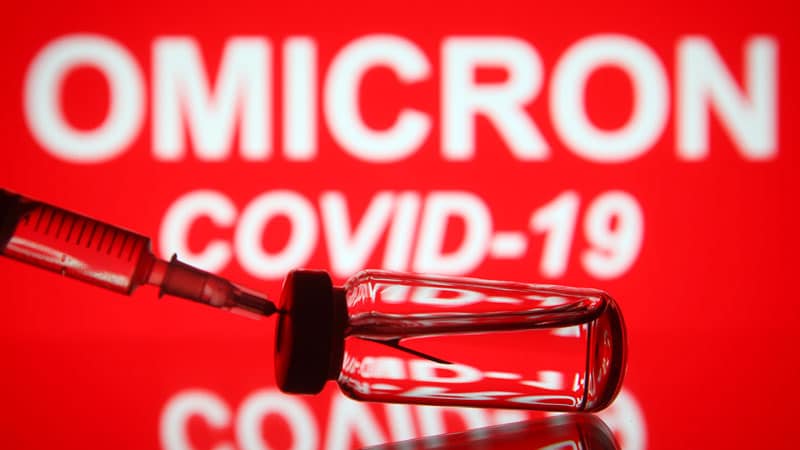 The studies, published January 20 in the journal Nature Medicine, also reinforce the importance of boosters worldwide.

In one study, Samuel M.S. Cheng, of the School of Public Health, University of Hong Kong, and colleagues compared differences in antibody responses to infection with wild-type or the Omicron variant of SARS-CoV-2 in several groups who had either recovered from COVID-19 (30 people) or received vaccinations.

The researchers found that a Pfizer booster after two initial doses of the mRNA vaccine or the CoronaVac inactivated virus vaccine provided acceptable immunity against Omicron at 1 month after booster-dose administration.

Acceptable was defined as “antibody levels sufficient to elicit greater than 50% protection against SARS-CoV-2.”

However, the study shows that just two original doses of the Pfizer or CoronaVac vaccines brought about low protection against Omicron even 3-5 weeks after vaccination.

The authors found that a CoronaVac booster after two original shots of CoronaVac failed to develop neutralizing antibodies against Omicron in most recipients.

“Our findings suggest that countries that primarily use CoronaVac vaccines may need to consider mRNA vaccine boosters in response to the spread of Omicron,” the authors write.

The researchers note that more than 750 million doses of CoronaVac have been given in more than 40 countries.

In the second study, first author Eddy Pérez-Then, MD, MPH, with the Ministry of Health in Santo Domingo, Dominican Republic, and colleagues examine the effectiveness of a three-part vaccine, consisting of two doses of CoronaVac followed at least 4 weeks later by a Pfizer booster against the Delta and Omicron variants (in 101 participants) in the Dominican Republic.

The three-part vaccine induced elevated levels of virus-specific antibodies and strong antibody neutralization against both the original form of SARS-CoV-2 and the Delta variant compared with levels prior to the mRNA booster.

Researchers found that neutralization of Omicron was undetectable in those who had received just two doses of CoronaVac. However, adding an additional Pfizer booster vaccination to this regimen resulted in a 1.4-fold increase in antibody neutralization against Omicron, compared with those who received two doses of either the Pfizer-BioNTech or Moderna vaccines.

Carolina Lucas, PhD, postdoctoral associate in the Department of Immunobiology, Yale University School of Medicine in New Haven, Connecticut, told Medscape Medical News the data suggest that the Pfizer booster is extremely effective for people who received the CoronaVac regimen.

“However,” she said, “It is still important to note that the neutralization titers against Omicron were significantly reduced compared to [neutralizing antibody] levels against ancestral virus and Delta variant post booster (7.1-fold and 3.6-fold respectively), suggesting a greater risk of vaccine breakthrough infections.”

In comparing the two studies in Nature Medicine, Lucas said both studies highlight data surrounding CoronaVac, important since it is the world’s most widely used vaccine.

The methodology of both studies is very similar, she noted, “and we both demonstrated the benefit of the booster shot using [Pfizer’s] BNT162b2 mRNA vaccine, highlighting the global need for vaccine boosters to combat the impact of emerging variants.”

“The biggest discrepancy is among the analysis of neutralizing antibodies [after] 2 doses of Pfizer,” Lucas said. “Their results are lower compared to our [studies] and other studies, but the analysis [after] the heterologous booster regimen is consistent.”

The authors say in a press release: “Notably, previous infection with SARS-CoV-2 did not significantly elevate the levels of antibodies against Omicron in participants who had received the mixed-vaccine regimen.”

Sara Cherry, PhD, professor of pathology and laboratory medicine at the University of Pennsylvania in Philadelphia, told Medscape Medical News, “These papers suggest that one correlate of protection, neutralizing antibodies, are low upon the standard vaccination schemes, but that a booster can significantly increase the levels of neutralizing antibodies to Omicron. This is good news for those who have access to boosters.”

She said it’s important to remember that globally there is clear evidence that vaccination protects from hospitalization and death, even with low neutralization titers.

That suggests that neutralization is one of many facets of immune protection [that] vaccination confers, she said.

The good news is that the current vaccines do provide protection from the worst outcomes, and the even better news is that a boost will improve our immunity to Omicron.
Dr Sara Cherry, University of Pennsylvania

“The good news is that the current vaccines do provide protection from the worst outcomes, and the even better news is that a boost will improve our immunity to Omicron,” Cherry said.

Both articles were published online in an accelerated preview. Financial disclosures and funding are available with the full text of both papers. Cherry has disclosed no relevant financial relationships.

Marcia Frellick is a freelance journalist based in Chicago. She has previously written for the Chicago Tribune, Science News, and Nurse.com, and was an editor at the Chicago Sun-Times, the Cincinnati Enquirer, and the St. Cloud (Minnesota) Times. Follow her on Twitter at @mfrellick

25 years of Steps: “It’s a massive milestone!”
US Secures 105 Million Doses Of Pfizer Vaccine For Fall
5 top tips on how to talk to your employer about ADHD and get the right support
4th Pfizer COVID Vaccine Dose ‘Saved Many Lives’: Study
In memory of Dame Deborah James